The ACOM Book Club met at Mim's on Thursday, October 20, 2022. Attendees were Francis, Barb, Andrea, Cynthia, Al and Leroy. This month's book was "The House By the Lake" by Thomas Harding.
Once more, everybody enjoyed reading the book. Barb was the first of our group to read it. She had seen recommendations in two different places and decided to try it. She liked it so much that Francis then recommended it to the club to read. 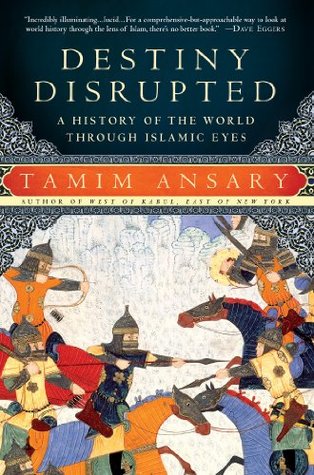 The ACOM Book Club met at Mim's on Thursday, September 15, 2022. Attendees were Azad, Francis, Tashina, Margaret, Jim, Bradley and me. This month's book was "Destiny Disrupted: A History of the World Through Islamic Eyes" by Tamim Ansary.
Almost everyone greatly enjoyed the book. Margaret expressed the opinion that it was too much just straight history and so she found it a little bit too dry.
I liked the author's breakdown of the ancient world into three regions:
- the Mediterranean World where the primary communication was by sea, so it included all the shores of the Mediterranean Sea and the land areas close by those shores.
- the Far Eastern World, or China, which was bounded by the ocean to the east, the southeast Asian jungles, the Tibetan mountains and the Gobi Desert.
- the Middle World which was bounded by the Mediterranean Sea to the west, the Black & Caspian Seas and Caucasus mountains to the north, the Indian Ocean and Indus River to the south, and the Tibetan mountains and Gobi Desert to the east. For the Middle World, the primary means of communication was overland travel. 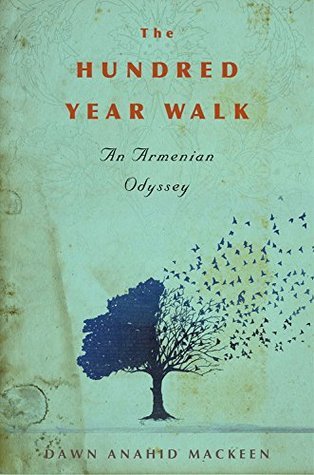 The ACOM Book Club met at Mim's on Thursday, May 19, 2022. Attendees were Azad, Al, Peter, Tashina and me. The book under discussion this month was "The Hundred-Year Walk: An Armenian Odyssey" by Dawn Anahid MacKeen.
The book is described in brief as "The inspiring story of a young Armenian’s harrowing escape from genocide and of his granddaughter’s quest to retrace his steps."
The first question that was raised was by Al. He wondered exactly what Der Zor was and what made it so deadly for the Armenians who were sent there. Several of us gave answers: it was a desert area with no water or food, the Armenians were sent there and left with no shelter or means of support, the Turkish guards prevented other people from giving them any food or water or medical help. Several hundred thousand Armenians died at Der Zor. 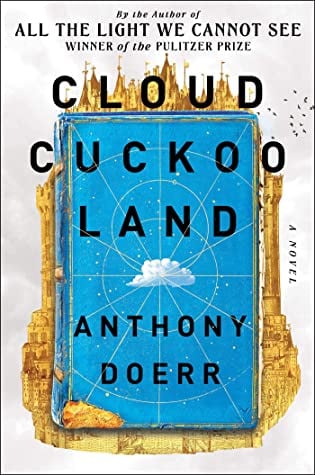 The ACOM Book Club met via Zoom on Thursday, March 17, 2022. Attendees were Jim, Margaret, Andrea, Francis, Tom, Joe, Tashina, Peter, Cynthia and me. We continued last month's discussion of "Cloud Cuckoo Land" by Anthony Doerr.
As an introduction to the book, I'll paraphrase what Wikipedia has to say about it:
"Cloud Cuckoo Land is the story of five characters spanning eight centuries. In the fifteenth-century Byzantine Empire, Anna is a young seamstress living in Constantinople, and Omier is a village boy conscripted into the Ottoman army which is preparing to take the city. In the present day, Zeno, a Korean War veteran, works in a library in Idaho translating Ancient Greek texts, while Seymour, a disturbed autistic youngster, becomes caught up with a group of eco-terrorists. In the twenty-second century, Konstance is a young girl aboard the Argos, a generation starship heading for a planet called Beta Oph2.
Their stories are bound by an Ancient Greek codex entitled Cloud Cuckoo Land that each of the five characters discovers and finds solace in. It is a fictional book supposedly written by real Greek novelist Antonius Diogenes in the second century, and tells the story of Aethon, a shepherd on a quest to find the fabled paradise in the sky. In his travels, he is transformed into a donkey, a sea bass, and finally a crow, which allows him to fly to the gates of the city in the clouds." 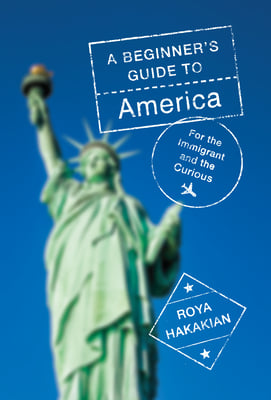 (This month's notes by Peter)
The ACOM Book Club met on January 20, 2022. We met over Zoom. Outside it was -3 (-11 with the wind).
In attendance was Margaret & Jim, Leroy & Cynthia, Azad, Francis, Peter and Tom.
This month we read A Beginner's Guide to America: For the Immigrant and the Curious by Roya Hakkakian. 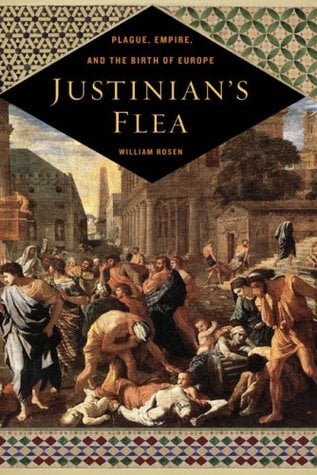 (Notes written by Peter)
The ACOM Book Club met on December 2, 2021 in the parlor at St Sahag.
In attendance were Francis, Tom, Azad, Jim, Margaret, Alfred, Tashina, Peter, and, via Zoom, Leroy and Cynthia.
This month we read "Justinian’s Flea: Plague, Empire, and the Birth of Europe" by William Rosen, which we discussed over the treats people brought. This book was chosen after reading Hamnet and the role the plague played in that narrative. It comes well-reviewed and created a buzz when it was released over a decade ago. Here's what the book club thought of it:

The ACOM Book Club met on Thursday, October 21, 2021. This month's meeting was held at Mim's Cafe. Attendees were Azad, Tashina, Andrea, Peter, Tom, Joe and Kassian. We did not get the Zoom working. Peter took notes (apologies for leaving anything out, please reply with edits).
The book this month was "Hamnet" by Maggie O'Farrell. While the book didn't have a direct Armenian connection, it's gotten a lot of rave reviews and press, and everyone gathered agreed it was nice to read something different. 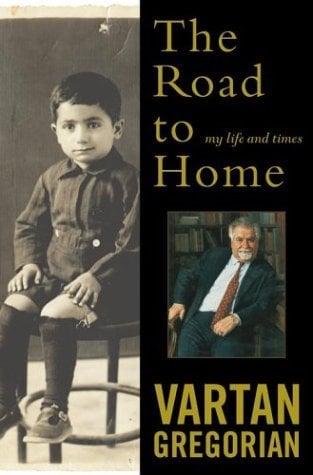 The ACOM Book Club met on Thursday, September 16, 2021. This month's meeting was held in the back yard garden of Joe Tashjian's house. Attendees were Joe, Francis, Tom, Margaret, Jim, Peter, Cynthia and me. Joan attended remotely via Zoom.
The book for this month was "The Road to Home: My Life and Times" by Vartan Gregorian.
One of the opening comments was that Vartan Gregorian must have had a very good memory. He includes a lot of detail in his book.
It was noted that he just died in April of this year, at age 87. 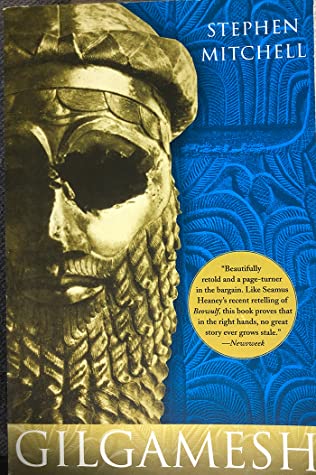 The ACOM Book Club met on Thursday, June 24, 2021, at Mim's restaurant on Cleveland Avenue in St. Paul. Attending this month were Cynthia, Kass, Peter, Francis, Tashina, Al and me. We attempted to provide a Zoom link for remote users to join in, but it didn't prove usefully workable. (Workably useful?) Andrea, Margaret and Joan made the attempt, but left after just a few minutes.

The book for this month was "Gilgamesh: A New English Version" by Stephen Mitchell.
Due to a miscommunication, Andrea and Azad met at Mim's a week earlier, along with Azad's grandson, Owen, who will be a senior at Hamline University this fall. Andrea wrote up a set of notes for their meeting which covered the book so well that I will intermix them with my notes. Andrea's notes will appear in blue. (Well, that worked in Thunderbird, but not in Facebook. Look for text hints instead.) 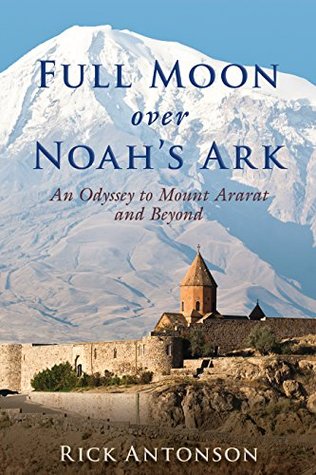 The ACOM Book Club met on Thursday, May 20, 2021, as a virtual meeting using Zoom. Attending this month were Francis, Joe, Joan, Peter, Andrea, Lowell, Azad, Margaret, Tashina and me.
The book for this month was "Full Moon Over Noah's Ark" by Rick Antonson.
This book is, in my view, three books in one. It's a log of the author's trek to climb Mount Ararat combined with a survey of various theories of Noah's Ark and where it might have landed, if it really existed. The third part is a report of his trip through Turkey with sideline trips into Iraq, Iran and Armenia.

The ACOM Book Club met on Thursday, April 22, 2021, as a virtual meeting using Zoom. Attending this month were Francis, Kass, Azad, Tashina, Margaret, Andrea, Lowell, Joan, Al, Cynthia and me.
The book for the month was "Classified Woman" by Sibel Edmonds.
This book is a memoir by Sibel Edmonds of her dealings with the FBI and the U.S. government when she worked for a short time as a translator for the FBI and then became a whistle-blower trying to expose massive corruption and dereliction of duty that she observed. 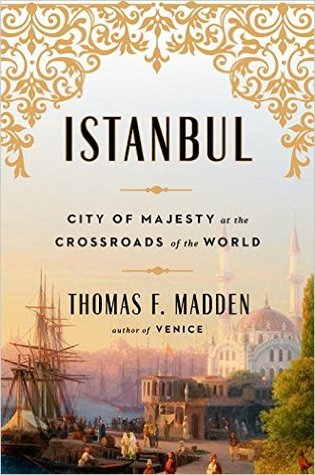 The ACOM Book Club met on Thursday, March 18, 2021, as a virtual meeting using Zoom. Attending this month were Francis, Peter, Jim, Margaret, Tashina, Joan, Tom and me. Some of the members had difficulty connecting this month. Tom was unable to connect through Zoom and ended up calling Francis and just talking and listening through his phone. Azad was unable to connect at all.
The book for this month was "Istanbul: City of Majesty at the Crossroads of the World" by Thomas F. Madden. 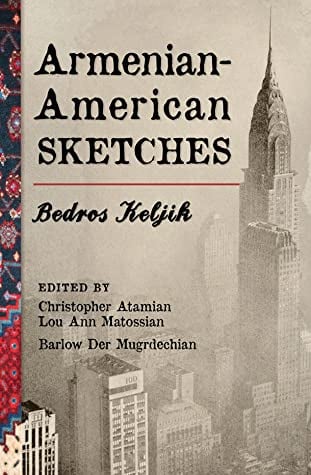 The ACOM Book Club met on Thursday, February 18, 2021, as a virtual meeting using Zoom. Attendees this month were Francis, Azad, Mark W., Margaret, Tom, Peter, Joan, Garin (a new Twin Cities resident) and me. The book for this month was "Armenian-American Sketches" by Bedros Keljik.
Bedros Keljik was one of the first, if not the first, Armenian to live in the Twin Cities area. His grandchildren are some of the most active members of ACOM today, so there was a very great interest in reading this book.

A portion of the book had been published in 1944 in Armenian. His grandchildren had not been aware of the existence of the book until Mark Keljik, while at the Library of Congress, searched for the name Keljik on a whim. It shocked him when he found out that his grandfather had a book listed in the Library of Congress.
Another portion of the book consists of stories that were published in the Armenian-American newspaper Baikar between 1942 and 1949. Another story is one written by a friend that Bedros Keljik translated from Armenian to English in 1910.
The last portion of the book is the biographical essay that Mark and Tom Keljik wrote about their grandfather. 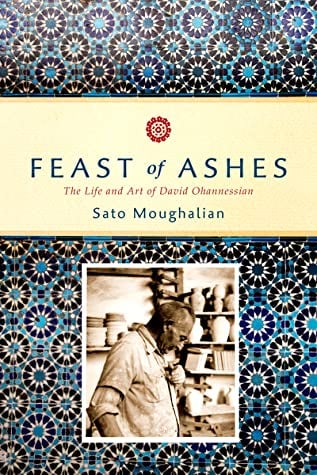 The ACOM Book Club met on Thursday, January 21, 2021, as a virtual meeting using Zoom. Attendees this month were Francis, Tom, Azad, Al, Jim, Margaret and me.
The book for this month was "Feast of Ashes: The Life and Art of David Ohannessian" by Sato Moughalian. The author is David Ohannessian's granddaughter.
The book starts out with several pages talking about how the author slowly learned about her grandfather while she was growing up, but had to do a lot of searching to get the full information about the genocide and how his family was able to survive it.

There are no up-coming events