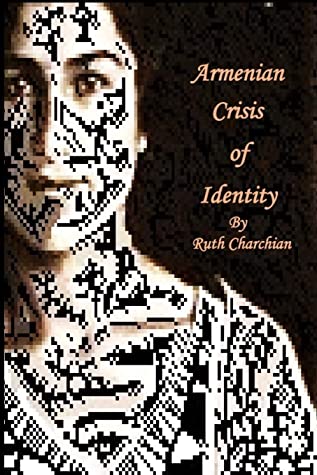 The ACOM Book Club held its second Zoom meeting on May 21st, 2020. The book under discussion this month was "Armenian Crisis of Identity" by Ruth Charchian. In attendance this month were Tom, Kass, Jim, Margaret, Cynthia, Tashina, Peter, Azad & me, plus Ruth and Aram. If you include the brief appearances by Agni, Mitchell, Sarah & Bradley, that easily makes it the best attended book club meeting yet.

"Armenian Crisis of Identity" was the result of Ruth writing about Aram's family history. She decided to include a brief history of what it was like to live as an Armenian in the late Ottoman Empire in order to give the readers a background for what happened to Aram's family and why it happened. In doing this, she wrote what I think is a very unique view of life in the Ottoman Empire and the genocide of the Armenians by the Turks.

Ruth started out by apologizing for the many mistakes in the book. She said that she just needed to let go of the book and get it published. She is planning on doing a 2nd edition which would include some additions and fixes for the errors in the 1st edition.

We/I decided to do the rotation around the attendees again this month to get everyone's view of the book.

Kass hadn't finished the book yet and held back his views until later.

Azad thanked Ruth for writing the book and asked her about the picture on the cover.

Ruth said that the woman on the cover is Aram's mother and apologized for disfiguring her, but that she did it to convey an idea of what happened to many Armenian women during the genocide.

Peter said that she taught him a lot of things that he hadn't known about the genocide before, such as that a lot of the Armenians ended up entering the U.S. through Canada and that there was a large Armenian presence in Troy, NY. He would like to see an addition about how the grandchildren view their Armenian identity.

Tashina like the book and thought that it used a different perspective of looking at the genocide.

Aram was just very happy that Ruth has shown so much interest in Armenian life.

Ruth, when researching the book, was surprised at the large role that the Germans played in the actions of the Ottoman Empire during World War I. They were totally aware of what the Turks were doing to the Armenians but did nothing to stop it, and they saw that the rest of the world was also doing nothing. This definitely influenced their actions during World War II with respect to the Jews.

Jim said that he learned new things about the history of the Ottoman Empire. He wondered if the pictures in the book were available on line so they could be seen better.

Tom noted that his family is from a similar area to Aram's family. He also pointed out the Keljik name in one of the pictures in the book and was aware of the family line that that person came from. He thought that Ruth did a very thorough job with her history.

Azad commented on how the various Christian missionaries helped with the education of the Armenians.

Aram pointed out the conflict between the Protestant and Apostolic churches. In Troy, New York, there were three Armenian churches, Protestant, Apostolic and Prelacy.

Tom talked about how the missionaries educated Armenian women as well as men and included a very good liberal arts education. Also, he noted that a lot of the missionaries came from the upper Midwest in the U.S.

Kass noted that the missions were a major source of the information about what was happening during the genocide.

There was a general discussion of the Armenian revolutionaries and the affect that they might have had on what happened during the genocide. I showed the cover of a book in the ACOM library called "Houshamatyan of the Armenian Revolutionary Federation Commemorative Album-Atlas, Volume I Epic Battles 1890-1914". This book is an attempt to list every action by ARF during the years 1890 to 1914 and it points out a lot of actions by the rebels that I had never heard of. Ruth indicated that she would like to look at it before updating her book.

Questions arose about the differences between the two Armenian political parties.

Ruth talked about why she chose the name for the book. She thought about what genocide really means, and how the Armenians who survived were stripped of everything - their families, their homes, their lifestyle, their friends, their possessions, in many cases their religion and even their names. In her mind this truly led to a crisis of identity.

Aram mentioned that there were times when he was young that his dad would sit back quietly thinking and his eyes would tear up. Aram's mother would tell Aram that his dad was 'remembering'.

At this, the discussion ended. One effect of holding a Zoom meeting is that our personal discussion time tends to disappear. Maybe in September we'll be back to normal.

We did not choose a book for June and we may not hold a meeting that month.

If you have an idea for a book for us to read, share it with us.

More in this category: ACOM Book Club for April

There are no up-coming events