The ACOM Book Club met on Thursday, May 17, 2018, at Leroy Erickson's house. Attendance this month was sparse with only Al, Judy, Francis and Leroy attending. The book for the month was "Hummus and Homicide" by Tina Kashian.
A special treat for the month was a hummus bar and crackers provided by Judy. She made four types of hummus - sun dried tomato, roasted garlic, spinach & lemon and traditional with cumin. I added red and white wines and some honeycrisp apples to complete our snacks. 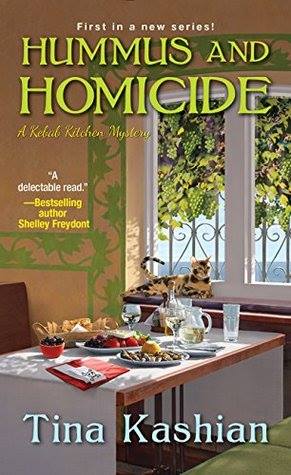 Al had been unable to get a copy of the book to read so he was interested in hearing what all of our opinions were of it.

We traded our understanding of why Lucy originally left her home town to become a lawyer but seemed to easily step back into being a waitress in the family restaurant. Francis was a little impatient with the book. He thought that there was a little too much filler which just slowed down the plot.

Little plot elements that we talked about were how it appeared that at least one of the policemen suspected Lucy of Heather's murder, how Azad was also suspected of the murder for multiple reasons, how the death occur after falling in a dark alley. 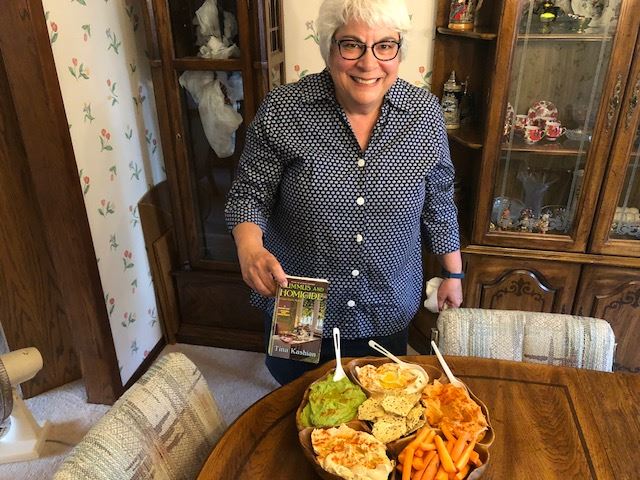 At this point, the discussion moved on to other topics as it usually does. Judy mentioned that she reads to relax and normally only reads a couple of pages at a time, many times in bed. Francis said that he can't read in bed because it puts him to sleep. We continued on discussing kids and family while finishing off Judy's hummus and most of the bottle of red wine.
Next month's book is "Mayrig" by Henri Veneuil. The meeting will be on June 21st at Judy Ohannesian's house at:
1 West Shore Rd, North Oaks 55127
I hope to see you all there.
Leroy